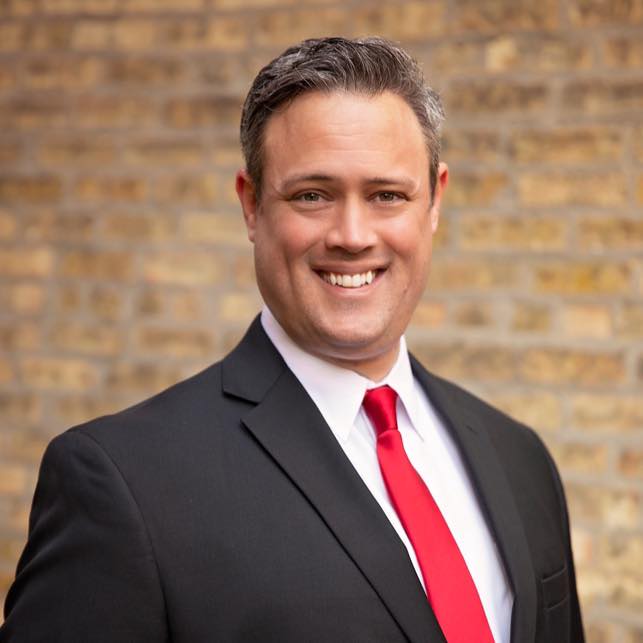 (Ed. Note: The Journal & Topics is asking candidates for local election in the November 8, 2022 General to provide biographical and background information on who they are and why they’re running. Republican Michael Lupo is running for election to the 55th District State House seat against incumbent Democrat Marty Moylan of Des Plaines.)

Elected office currently or previously held, and/or any other service as a volunteer, or in community, education, etc. settings: Not available

How long have you lived in the district you wish to represent?: 41 years

Do you have any conflicts of interest, which could arise from holding this office? If so, how would you address those?: None.

Do you have any criminal convictions (other than a minor traffic violation)? Please explain the circumstances:  None.

Who are personal heroes to you, or who has provided significant guidance, insight, or acted as an example for how to live your life? How and why?: My parents have always been there to offer guidance and advice, but my kids are absolutely my personal heroes. My son Michael was born 10 years ago with significant heart and lung defects…amongst other issues. The combination of everything made it very unlikely he would survive past his first few months…let alone a year. He’s had nine open heart surgeries, 11 cardiac catheter procedures, as well as a few more pacemaker placements and removals. After his first critical and life-threatening surgery at 4 weeks old, he went into cardiac arrest for 58 minutes. Miraculously…and with a heroic effort by the doctors and nurses who tirelessly resuscitated him during that time…he was able to be put on a heart and lung machine for the next 7 days. However, significant damage was done to his brain and he lost a lot of function in critical areas. Michael has spent at least 6 of his 10 years in hospital ICUs and has survived many more critical situations and surgeries in which he wasn’t expected to. He doesn’t walk or talk or eat….although he still currently tries with different therapies. Against all odds…and despite every genetic test and monitoring being done after the birth of our son, our daughter Lea was born with a hole in her heart. While significant, she was lucky that she didn’t have any of the other heart or lung issues Michael was born with. She was 3 when she needed to have open heart surgery to repair her VSD. And she came through like a champion. She has thrived ever since. The strength and resilience of my kids is inspiring. And has certainly inspired me to do more to help as many people as I possibly can. The people of this district have been here for us during our most difficult times…and I will be there for them.

What is something about yourself that might surprise people?: Both my wife and I were born and raised in the district.

Why should someone vote for you?: Growing up in this community, I have seen the changes that have occurred over the years. While our core values have remained largely unchanged, we’ve evolved into a place of widespread acceptance, diversity, and compassion. I’m the person I am today because of this community and I couldn’t be more proud to be raising my two children in the very place that I have called home for my entire life.

Why are you running for this office?: In this time of nationwide political polarity, it’s important for someone with a moderate voice to step up and lead our district into the future. Our families want and value someone that uses common sense as a barometer for change…not how much money special interest groups contribute to a campaign.

What experience do you have, which prepares you to hold this office?: As a small business owner, I always have to have my finger on the pulse of the company. We have had to navigate some difficult times over the course of the years and have always survived and thrived. While the legislature is very similar to a business, it’s also very different. The main difference is that we are dealing with the lives of so many residents and families. Adaptation, change, and success doesn’t just happen because of one person. Listening to your employees, customers…and in this case residents, is the most efficient and best way to succeed. And I will do just that when I become the next State Representative of the 55th District.