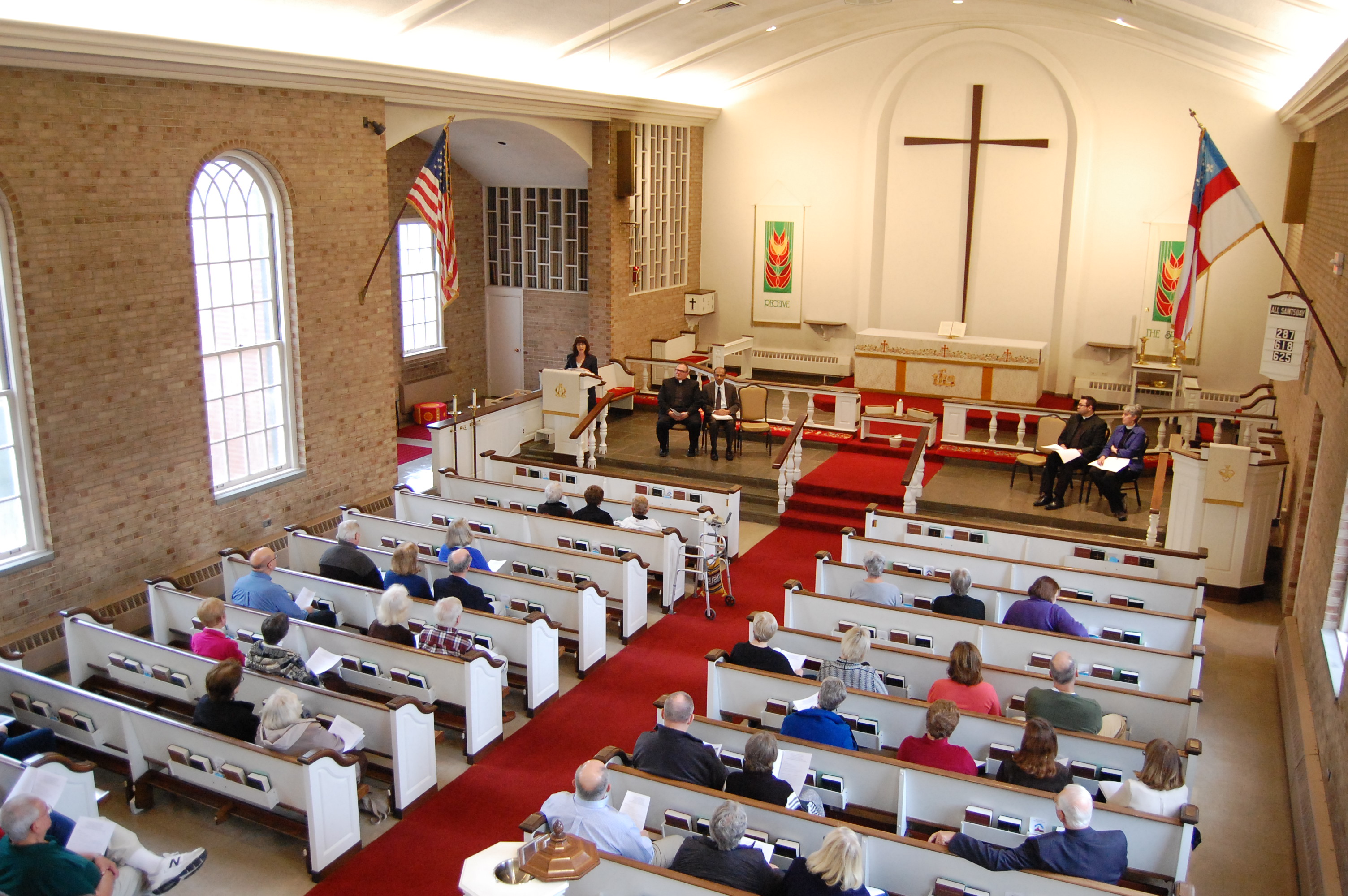 One week after a gunman killed 11 worshipers at the Tree of Life Synagogue in Pittsburgh during Shabbat (the Jewish Sabbath), faith leaders from Jewish, Christian and Muslim congregations came together for “an interfaith gathering of solidarity” in Glenview.

The names of all 11 killed in the Pittsburgh shootings were read aloud as clergy lit a candle for each victim. 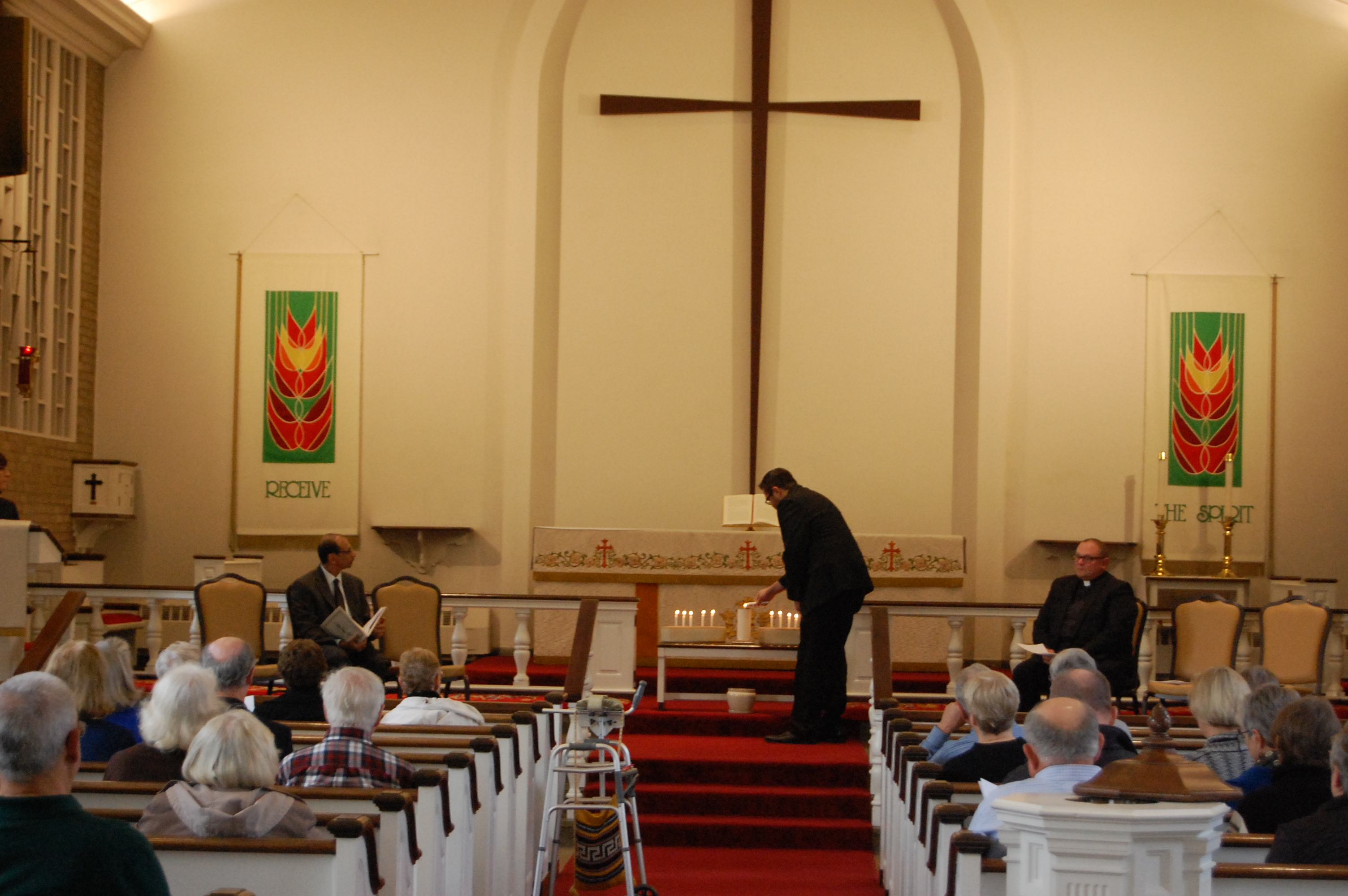 In a call for remembrance of those lost at Tree of Life, clergy said, “May their deaths challenge us to work for life-giving justice for all. May their memory lead us to love our neighbor as ourselves and to respect the dignity of every human being. May we each decide daily to walk in the path of peace that God sets before us. May we each choose to see every person we meet as a beloved child of God.”

Reading from the Quran, Islam’s holy book, Gillani said, “We are born of a single soul.” He later said that passage referred to the fact that Jews, Muslims and Christians all trace their religious traditions back to one prophet, Abraham, and are all part of the same community. “When one member suffers, the whole community suffers,” Gallani said.

The interfaith service was organized by Rev. Sommer and Rabbi Landsman in the days after the Pittsburgh shootings Oct. 27. 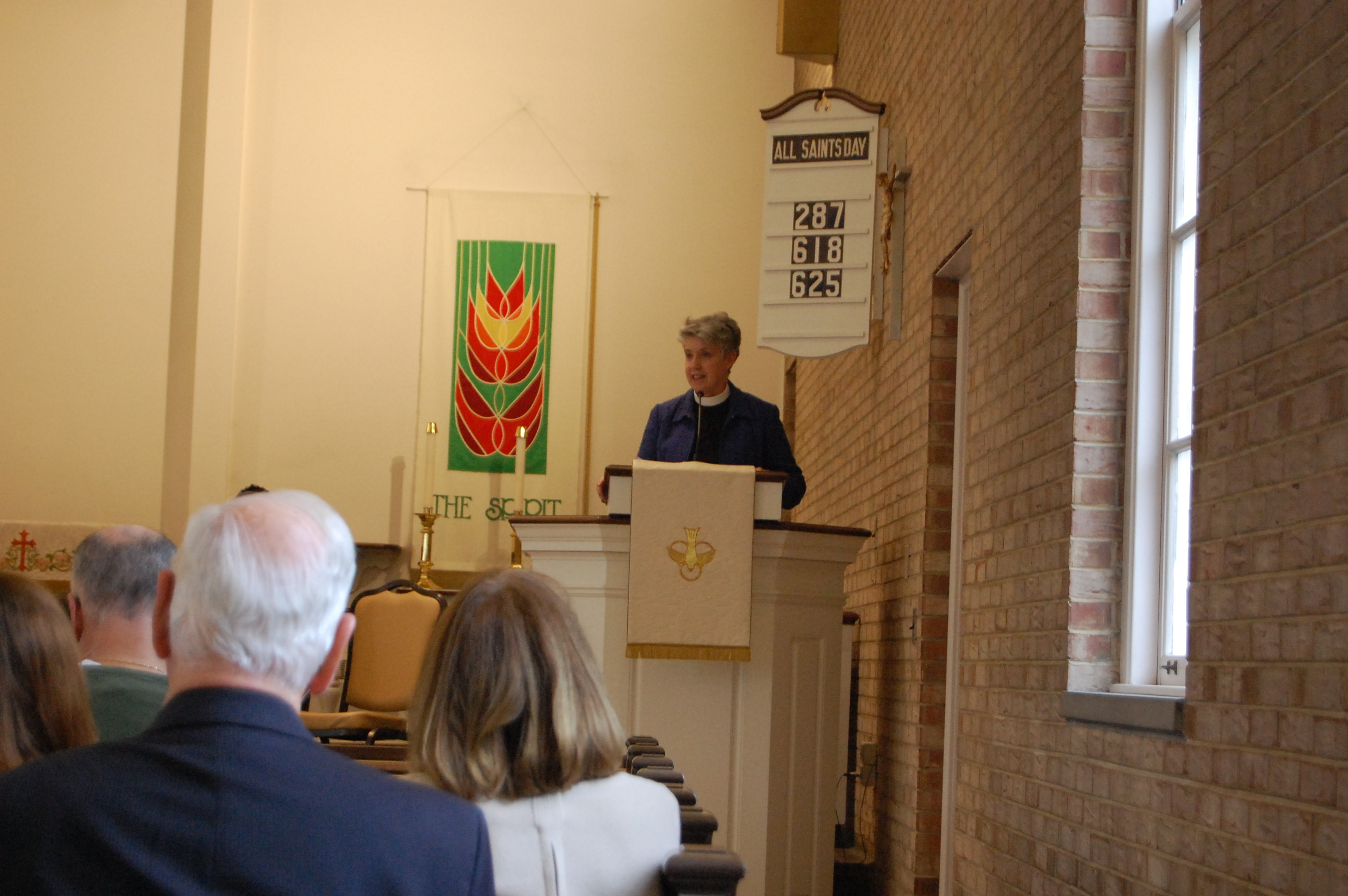 More than 200 people gathered in neighboring Northbrook for a similar observance Sunday, Oct. 28, hosted by Chabad of Northbrook — one day after the shootings at Tree of Life. The gathering was organized by several Northbrook congregations and organizations.

The day after the shootings, Landsman said she hosted a small gathering for about a dozen from her congregation. She said people in her congregation were shocked, angry and afraid when they heard about the shootings, but said, “Let it be known we’re not afraid to gather on the (Jewish) Sabbath.” She continued, “We can’t be silent. We have to speak up.”

In the Jewish tradition, a “mitzvah” is a positive act. Chabad of Northbrook Rabbi Meir Moscowitz said members of his congregation wrote on small cards the “mitzvotes” they planned to do to counter the horrors brought to the Tree of Life Synagogue. A member of the congregation was set to travel to Pittsburgh to hand deliver the mitzvot cards.

Landsman encouraged actions, such as donating to the American Civil Liberties Union, Anti Defamation League or Hebrew Immigrant Aid Society, adding, “It is a mitzvah to vote.”

Rabbi Yashaya Benjaminson of Rohr Chabad of Glenview said members of his congregation are performing acts of goodness, kindness and charity on behalf of the victims in Pittsburgh.

Houses of worship are taking different approaches to security in the wake of the shootings.

Benjaminson said the doors to his temple on Harlem Avenue are locked, even during worship, with ushers posted at the door to allow worshipers in. Benjaminson said he recently met with Deputy Glenview Police Chief Cathy Sostak to discuss security.

Rev. Sommer said a squad car often sits in the St. David parking lot during Sunday services without being called. A Glenview police squad car sat toward the back of St. David’s parking lot Saturday.

Other clergy at the St. David’s interfaith service said clergy meet with Glenview police about once a month.

Glenview police spokesman Sgt. Jim Foley said police have regularly held monthly meetings with area clergy once a month through the Glenview Values Project and would regularly send extra patrols when worship services or other events at houses of worship were taking place, even before last month’s shooting.

Since the Pittsburgh shooting, Foley said police have increased patrols and held additional meetings with clergy.