Community Works To Get Water Flowing At Blackhawk Estates 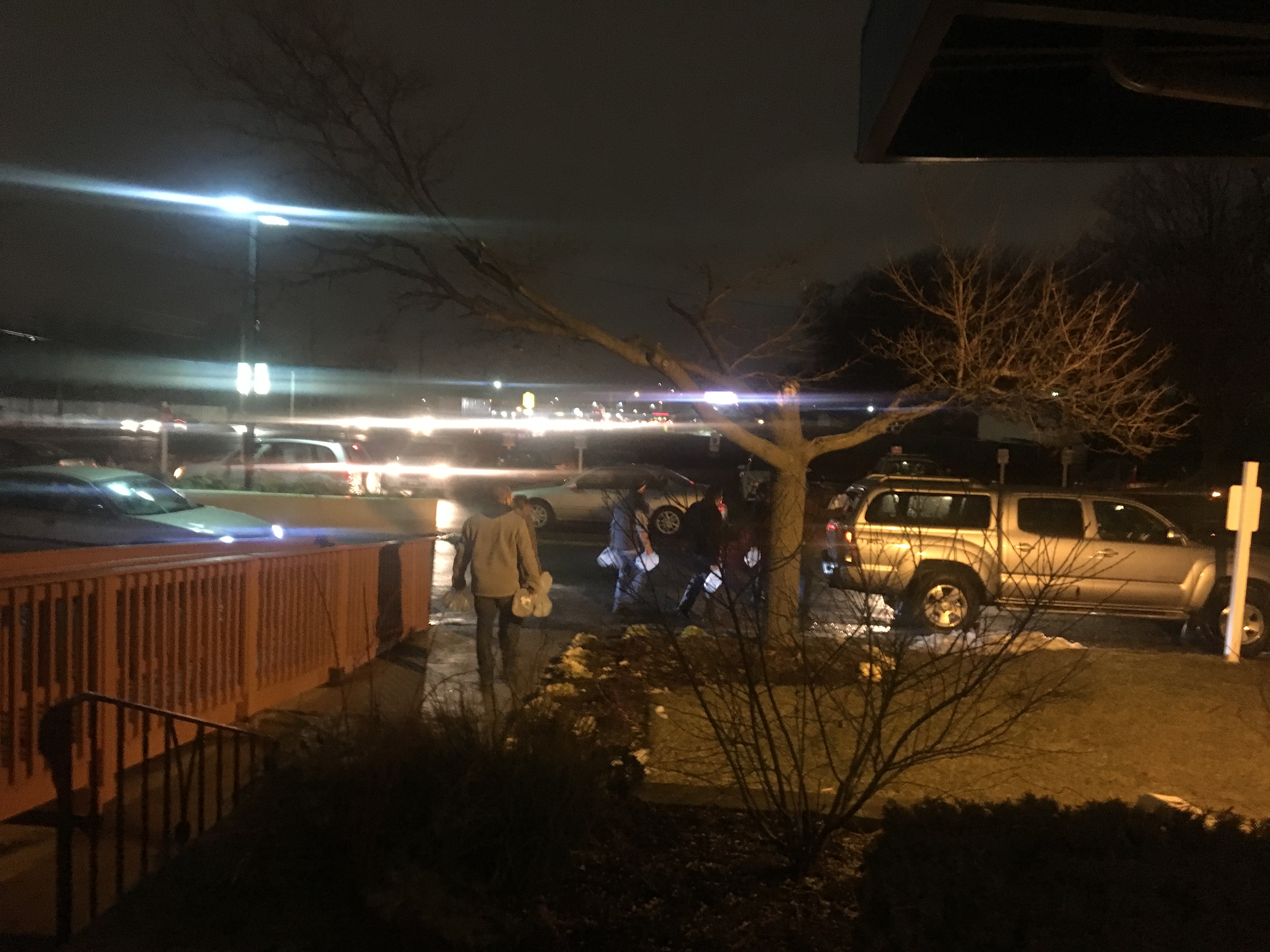 Residents taking water from the front office of Blackhawk Estates mobile home park to their homes, where water pressure was affected by complications from sub-zero temperatures.

According to Justin Cochran of State Rep. Marty Moylan’s (D-55th) office, park owner Zeman Homes said water leaks had been solved at all but two of the 600 units in the community as of Monday (Feb. 11). An investigation by the Illinois Environmental Protection Agency also found that water being supplied to the park from two wells was safe to drink.

Resident Brownwyn Russell confirmed that most residents had access to water as of Tuesday (Feb. 12).

Last week, residents went to local lawmakers for help following days without water or seeing sediment-filled water coming from their faucets. Staffers of both Moylan and State Rep. Laura Murphy (D-28th) helped coordinate efforts to solve the problem, including a donation of over 240 cases of water from Coca-Cola.

As vehicles from Elk Grove Township — where the park is located — were unavailable due to the weather, Cook County Commissioner Kevin Morrison (D-15th) helped organize transportation of the donation. Cochran said the Illinois Beverage Association initiated the process to get the water to Blackhawk.

Zeman CEO Jeffrey Fannon said the water flow issues began around the same time an arctic blast brought temperatures below -20 the Chicago area in the last week of January. One of two wells that service the park was fixed at that time. However, other issues, including a holding tank problem and leaks at individual residences, led to low water pressure throughout the park, Fannon said.

By Feb. 5, 29 homes were still affected, he told the Journal & Topics.

“We have absolutely no running water,” said resident Doug Matisi Feb. 5 as residents waited for Cook County to transport the cases of water to Blackhawk. While lacking water for over a week, he had to make due without even doing laundry, he said.

That night, residents joined together to help their neighbors. Some loaded up their cars with gallons of water provided by Zeman and delivered them to other units, while others helped organize how the donated water would get to homes.

“Residents did not want management to handle the distribution of the water,” said Cochran.

As of this week, he is still in contact with Blackhawk residents to make sure the issue is resolved.